MyDefence in article from the Royal Danish Defence College “How to counter the threat from Unmanned Aircraft Systems?” 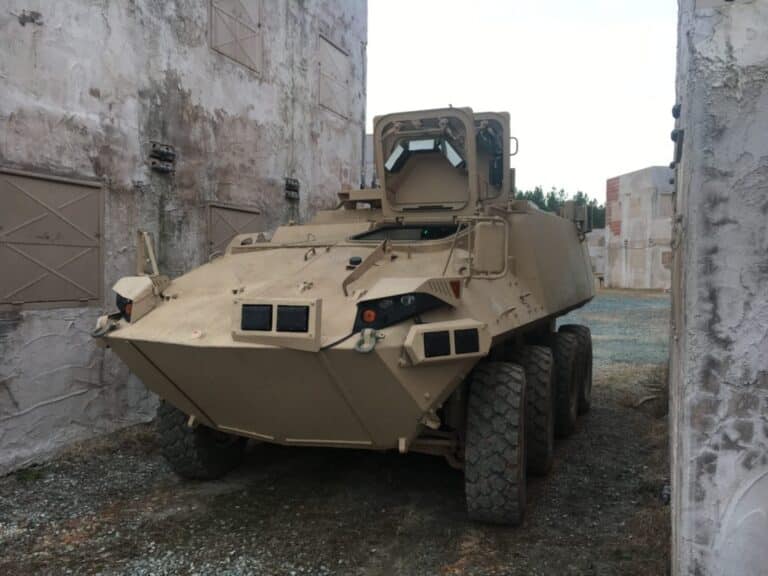 Read the article here (in Danish):

The article in English (by Google Translate):

The threat from Unmanned Aircraft Systems (UAS), commonly referred to as drones, is becoming more and more frequent. Not only against military installations but also against civilians and against critical infrastructure.1 Therefore, there is an increasing need to look at how to address this threat.

When facing the threat of drones, there are many opportunities, but also many challenges. The challenges include discovering the threat and then figuring out what to do about it. What can be done about the threat will not only be a technical challenge, but will also be challenged by laws and regulations, i.e. the legal aspect that briefly defines what to do in a given situation. Next, technology is also limited. To counter the threat of UAS, it requires a counter-system, counter-UAS (C-UAS), which works against the threat that is in a given situation. The variety of threats is so large that it is a challenge in itself to have the right C-UAS system to address all probable threats. The purpose of this observation is to look at the threat posed by drones, as well as the challenges and opportunities to address this threat. The primary sources are the presentations from the Royal Danish Defense College’s C-UAS seminar on November 28, 2019.

When deploying Danish forces, we are used to having air superiority, and the same goes for Denmark, of course. This is being challenged as our opponents use drones to an increasing extent. In Iraq and Syria, ISIS has used drones as a catch-up platform and to carry weapons. The drones have typically been commercial drones that can be purchased on the Internet and can easily be rebuilt to carry, for example, a camera or grenade. In this way, our opponents can easily and cheaply upgrade their tactics with flying units that allow them to gather intelligence and inflict damage on Danish forces and equipment. In an asymmetric scenario where Danish forces are used to being superior, here is an opportunity where our opponents can influence us in a way we are not used to and in a domain where we normally dominate. As our opponents have been successful in carrying weapons using drones, a trend has also emerged where video recording from drones as well as the use of drones without weapons or cameras are used to psychologically influence our operations. 2

In addition to the above, there are also examples of how drones can impact critical national infrastructure. The best-known example of recent times is the drones that disrupted air traffic to and from Gatwick Airport at London in December 2018.3 The incident is comparable to the impact of our asymmetric opponents on our deployed forces, as there was a small drone available for purchase in Gatwick in many stores that were used to disrupt relatively high-tech airplanes, affecting many people. The example shows what one drone can do. Then, when one imagines that the number of drones in the air will increase exponentially over the next several years, one can also imagine that the number of threats will increase, whether the threat is unintentional or deliberate.

How to mitigate the threat

Detect, Track, Identify, Mitigate are frequently used terms when speaking C-UAS.4 Mitigate, on Danish limitation of the drone’s effect, could be replaced by Engage, thus harmless to the threat. What technologies can help with that and how to create a good C-UAS system? A system that binds the right technologies together.

There are many technologies available for C-UAS. In addition to radars, acoustic sensors and other types of sensors for detecting, tracking and identifying drones, there are technologies that can harm the threat. For example, it is possible to jam radio and GPS signals that the drones use to navigate and steer. Within the same category, it is also sometimes possible to take control of the drone’s communication protocol, thus taking control of the drone.

By slightly harder means is the opportunity to shoot down the threat with a net fired from a hand-held system, such as the SkyWall ™ system, which looks a little like a nozzle cannon. The advantage of this system is that it is relatively mobile. The downside is a limited range, and it can only engage one drone at a time. There is also the option of using the ‘Hunter-Killer-Drones’, which are drones equipped with sensors and a net, to detect and fight the opponent’s drones. The effect of ‘Hunter-Killer-Drones’ is on par with SkyWall ™, but with longer range.

You can also use weapons that use directional energy to harm the drones, such as microwaves or lasers. Here is laser currently. the best bid. Laser can include destroy camera lenses as well as destroy parts of a drone that make it unable to fly. Since laser is cheap to use at the same time, it is envisaged that laser will be one of the tools you should have in your C-UAS system. 5 Laser, however, is limited by the fact that it requires a powerful wedge of energy, which is why it is not always as mobile as, say, SkyWall ™. However, there are small lasers mounted on vehicles that make the laser a cheap and mobile weapon.

Last but not least, you can also use kinetic weapons such as missiles. There are many ground-to-air missile systems. However, they are often limited by the fact that radars cannot see small drones. In addition, it will often be too expensive to use a ground-to-air missile for several hundred thousand dollars against a drone for a few thousand dollars.

Although there are many different technologies, there is not one technology that can meet every need. A good C-UAS system should therefore be composed of several different technologies, all of which compliment each other, and which, at the same time, do not cost too much in relation to the threat that one wishes to face. In addition, these technologies must be tied together into one well-functioning defense against drones by means of a C2 (command and control) system, across defense and authorities, thus choosing the right countermeasure against the threat in question.

One would imagine that there will be a number of legal challenges to address the threat posed by drones. It is there too, but these challenges are basically no different from the challenges you experience in other situations. 6 For example, it is important to always react proportionally, cf. the Law of War and the law on the right to self-defense. That is, you start by seeing if there are opportunities to counter the threat with soft means, such as catching the drone with a net or by jamming the drone’s means of communication, before choosing a hard means such as shooting the drone down. Nevertheless, Denmark should work to get clearer guidelines for drones in the Aviation Act 7 and in the directives on air defense. This will make it easier for defense and police entities to choose the right way to address a threat, while at the same time making it clear whether the defense or the police should respond in each case. Finland has recently produced an update like this one.

To face the threat of drones in a society where drone use is steadily increasing, there are both a large number and a wide variety of targets as well as many different threats, requiring a wide range of technologies that tie together into one system with common C2. In addition, the task must be solved by several different parties, primarily the Police and the Defense. To do this effectively, it requires a common approach and unified thinking so everyone agrees on how to counter the threat of drones. This speaks for a common Danish C-UAS doctrine. In addition, it must be ensured that C-UAS technology purchased by a guardian must be able to be connected to the same C2 system that other defense and police technology is connected to, which is why one should consider C-UAS before buying one. new technology.

In other words, one should consider the possibility of establishing C-UAS systems that can make each other stronger, as there is not one system that can address all threats.